I read a quote the other day that said:
"The city of Peter is a museum, open from 8:00 AM till 17:00 PM"
and that is so true! Once I arrived here, there were so many sights and museums that you just
don't know where to begin! Fortunately I am staying here for another two weeks so I can still try to visit most of them or visit them another time! 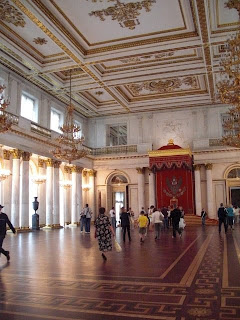 The first art museum I visited was ofcourse the Hermitage museum, having heard so much about it I had to go and see it for myself. After my morning russian class, I quickly hopped on to the metro but found myself queuing for like 40 minutes until I finally got in!!
I admit that I haven't been to many art museums but inside
is just amazing...the Hermitage museum is so big that even with a map of the building you're likely to get lost, it's a serious labyrinth!!
It was advised in my guidebook that I plan my route to art I want to see before I get in, which is what I did so I rushed myself through the numerous crowd and guided tours. I don't think I saw even 1/20th of this enormous museum, so I'll definitely go and visit it more often! 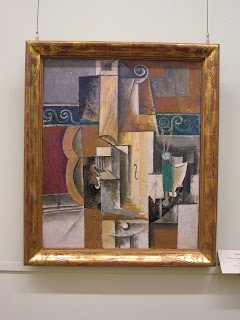 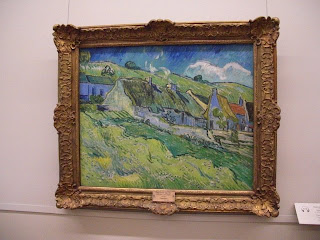 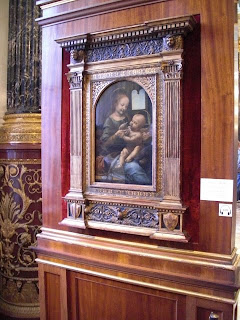 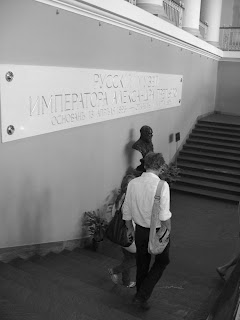 Last friday Alexandra proposed us to visit the Russian Museum whilst practicing the language that we've been studying over the past two weeks. This museum is a little
smaller than the Hermitage museum and contains only
russian art...hence the name ;) This museum is also definitely a must-see when in St. Petersburg, as one can observe how russian art developed over the centuries from religious to pictures of nobility, to the average people and nature.
On another note, that day was also Gerrit's last day. I learned a whole lot being in a class with him...I won't forget the day we were desperately looking to buy an umbrella as it suddenly started to rain! First looking up the word for umbrella in russian and then asking people where we could buy it...we were happy that they all understood what we were asking for but none of us would understand the answer!! hahaha but nevertheless we would answer "Ahaa...хорошо, спасибо!" 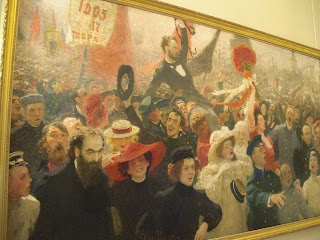 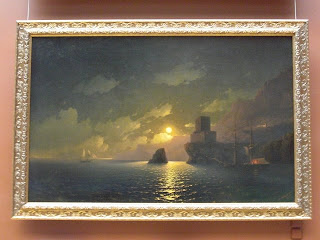